The Life of Kabir, ‘A SAINT & A POET’ | Kabir GK Questions 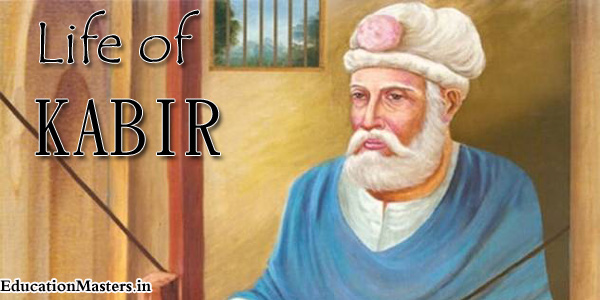 Some Famous 'Kabir ke Dohe' along with Meanings

It means teacher and lord both are standing in front of me, of whom should I touch the feet first? But my teacher/guru is the one who told me God is the Greatest.

If one starts to find someone as bad, he or she will not find any but when they start to look inside themselves. They’ll realize that their inner self is bad and no one else is.

It states the condition of every human being, Worry is such a thief that it eats one’s heart; what can a doctor do? How far will his medicine reach?

Q1. Where was Kabir Born?

A- Kabir was born in Varanasi, Jaunpur, India to a Brahmin widow who later abandoned Kabir to escape dishonour associated with births outside marriage.

Q2. Who were the parents of Saint Kabir?

A- He was brought up in poor Muslim family weavers Niru and Nima.

Q4. What does the name Kabir mean?

A- Kabir is a common boy's name which comes from the Arabic Al-Kabir which means 'The Great' and it is the 37th name of God in Islam.

Q5. What was Kabir’s Religion?

A- Brahmin widow to whom kabir was born abandoned him, who was found and adopted by a Muslim weaver. Thus his early life began as a Muslim as there is little doubt to that, but he was later strongly influenced by a Hindu ascetic, Ramananda who was Kabir’s guru.

Q6. Where did Saint Kabir die?

A- Saint Kabir died in Maghar which is a town and a nagar panchayat in Sant Kabir Nagar district in the state of Uttar Pradesh, India.

Q7. What is the full name or other names of Kabir?

A- Kabir is also known as Kabir Das and Kabira to many of his followers.

Q8. What did Kabir Preach?

A- He was well known as the guiding spirit of the Bhakti Movement. He preached Bhakti/Devotion through the medium of his Dohas. The primary purpose of his works as a protest against social discrimination and economic exploitation of oppressed.

A- Kabir calls his God by the name of Rama. However, his Rama is not the Rama of Ayodhaya born of Dashratha. His Rama is Niranjan (without hint of bad qualities), Nirakar (formless) and Nyara (extraordinary).

A- Most scholars conclude from historical literature and findings that Kabir was likely married, his wife probably was named Dhania, and they had at least one son named Kamal and a daughter named Kamali.