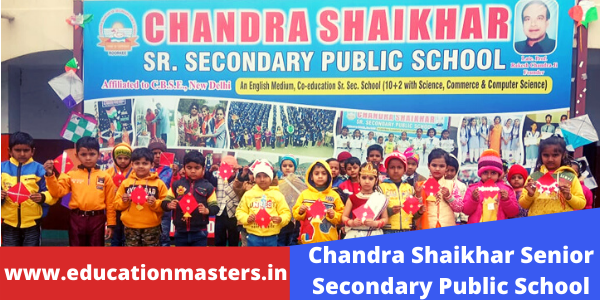 The establishment stone of Chandra Shaikhar Sr. Sec. State-funded School (C.S.P.S) was laid on October first, 1989 by Late Prof. Rakesh Chandra in the caring memory of his dad Late Shri Chandra Shikhar. Development sought after and the school began rendering its administrations from December first, 1989, as a co-instructive English medium government-funded school, to the entire network with no segregation of position, statement of faith or religion. This sapling of the instructional method was loved, respected and sustained by the whole network and it started to develop to statures soon. This organization is situated in the Ram Nagar settlement of Roorkee by the Delhi-Dehradun Highway in the midst of pleasant environmental factors from the rushing about of the thick city. The school has effectively been serving the network throughout the previous 20 years with ability in delivering the best and upgrading the eventual fate of our country

(Strictly as per Affiliation sanction letter or as Permitted

by the Board with pin code no. ): Rishi Nagar, Ramnagar, Roorkee, Uttarakhand 247667

Be ready for the Forthcoming Competitive E ...
Career

Be ready for the Forthcoming Competitive E ...
Career