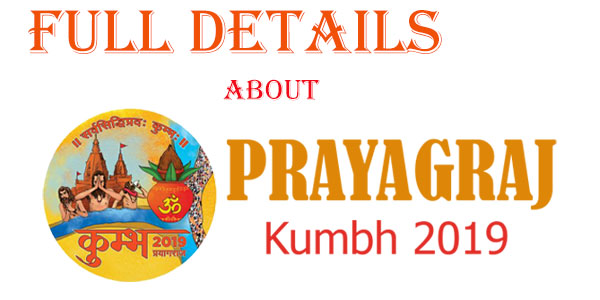 The Biggest Religious Gathering on Earth named Kumbh Mela held in India. Here we are discussing about the Kumbh Mela History, Their Major Cities and Rivers, Overall Budget will be spent and the special facilities offered by the Government.

Kumbh Mela is a spiritual gathering of all Hindus. Kumbh means Kalash and mela means a gathering. It is held once in every 12 years at Prayagraj, Haridwar, Ujjain and Tryambakeshwar-Nashik.

The first Kumbh Mela is held in Prayagraj (Allahabad) in 1870 during British Rule in India.

Major Cities and Their Rivers

In 2019 Kumbh mela is celebrated in Prayagraj (Allahabad) on the Banks of Sangam the confluence of three of the holiest rivers Ganga, Yamuna and Saraswati. Prayagraj will hold the Ardh Kumbh from January 15 and it’s a 55 days long event.

This Kumbh Mela is different from as it  is regarded as holiest of all Kumbhs include a famous story that it was in Prayagraj where Lord Brahma, the one who created the universe, attended a sacrificial ritual and thus this place is of great importance for Hindus.

The Uttar Pradesh Government has estimated a budget of Rs 4300 crores and half of the spending is done by Central Government. This Kumbh Mela is the most expensive as compared to the previous mela 2013 when the UPA government and the SP Government has spent only 2200 crores, but this time the BJP government on Central and State has almost Double the previous budget

The main focus of BJP Government is on the Infrastructure as most of the spending done on the Quality of roads, Cottages, Tents, Bridges,  Better connection, Proper Health facility,  Sanitation facility and many more. This all done for the pilgrimages who come their from different countries for taking bath in the river.