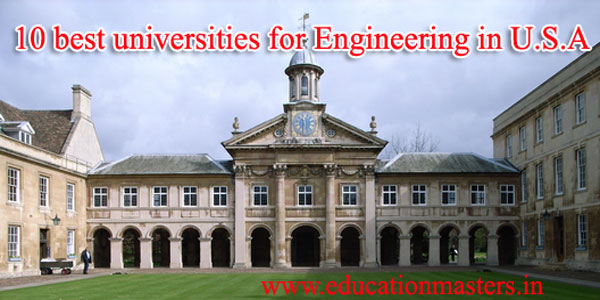 Massachusetts Institute of Technology was established in 1861. It is the best university in the world according to QS World Rankings 2016-2017 and is rated as 5+ QS stars. Maximum scores are achieved by MIT in all categories as well as in employability, modernism, education, internationalization, comprehensiveness and facilities.

MIT places among the top ten rankings of overall universities. It is the finest universities in the world which include the subjects- engineering in computer science, business, architecture, mathematics, natural science, economics, and linguistics.

Global Ranking of MIT according to – Global Ranking of Stanford University according to – Admissions are very competitive for Electrical and Computer Science. The National Science Foundation awarded more Graduate Research Fellowship to Berkley student than those of any other Universities.

Global Ranking of Stanford University according to –

According to QS World University Rankings 2016-2017, California Institute of Technology (Caltech) is the fifth best University in the world. It is top of the class in research, innovation and facilities etc and was rated maximum 5 QS stars. Caltech is not a very big institution but has very powerful research and teaching organization. It offers a number of subjects which includes Chemical Engineering, Natural Science, Marine Science, Chemistry, Earth and Biological Science.

Georgia Institute of technology commonly called as Georgia Tech and it was established on 13 October 1885. It is a public research university situated in Atlanta Georgia, in the United States. It is one of the nation’s top Universities. It is well-recognized for its degree programs in computing, business administration, liberal arts, sciences, and engineering. The campus of Georgia Tech occupies 400 acres of Atlanta where the student receives a well-focused and technology-based education. This institutes various top-ranked and nationally recognized programs.

The University of Illinois at Urbana–Champaign Cornell University was established in 1865. It is located in Ithaka, New York and is a private and land-grant university. Nation’s first doctorates in both electrical and industrial engineering were awarded by Cornell University College of Engineering.  According to world report and U.S News, this college is one of the top seven Engineering colleges in the nation. Cornell ranked no. 1 by U.S news and world report in engineering physics program (2008).  Operations research and industrial engineering ranked fourth in the nation. Computer Science program of Cornell ranks among top five in the world. Harvard University was established in 1636. It is the oldest institution in the United States which provides higher education to their students. It is a private institution situated in Cambridge, Massachusetts, United States. Harvard ranked best by ARWU (Academic Ranking of World Universities) and the World reputation rankings consecutively since the time it was first released.

Best gk question and answer for exam from ...
Vijay Acadmey