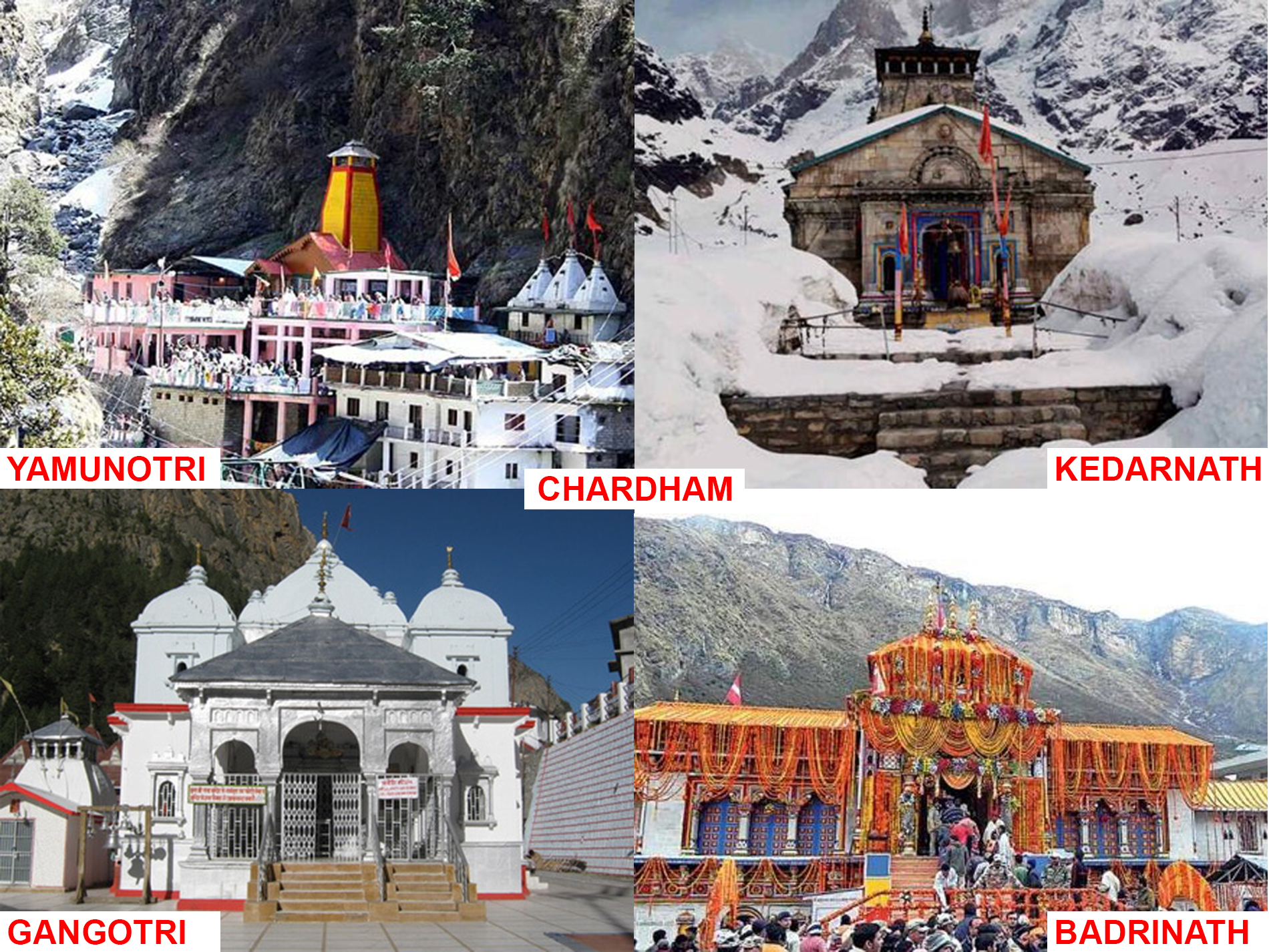 Char Dham Yatra: All You Need to Know About One of The Most  Popular  Pilgrimages in Hinduism.

‘Char’ means four and ‘Dham’ means abode (home) of God. Char Dham of Uttarakhand or Chota Char Dham (small four abodes) is religious places revered by Hindus and considered to be the most popular pilgrimage sites in India. It is believed that by going for a pilgrimage to these ‘Dham’ is to remove all sins from one’s life. It was difficult to trace the exact point in time how and when they began to be considered together, as a whole, to form the single pilgrimage circuit of Char Dham (4 Dham). History of Char Dham (4 Dham) can be traced back to such time ago that it becomes very difficult to distinguish factual history from the rich framework of mythical legends the spiritual sanctity of the temples is deeply rooted in. India put massive efforts in building means of better connectivity, infrastructure, and the roads could take one till the nearest points of the holy abodes. The Char Dham yatra comprising of temple visit to namely Badrinath, Kedarnath, Gangotri, and Yamunotri. Kedarnath is dedicated to Lord Shiva, Badrinath to Lord Vishnu, Gangotri to Goddess Ganga and Yamunotri to Goddess Yamuna. Praying at these temples is believed to have the power of cleansing inner spirit, liberating the soul and bringing absolute peace of mind. 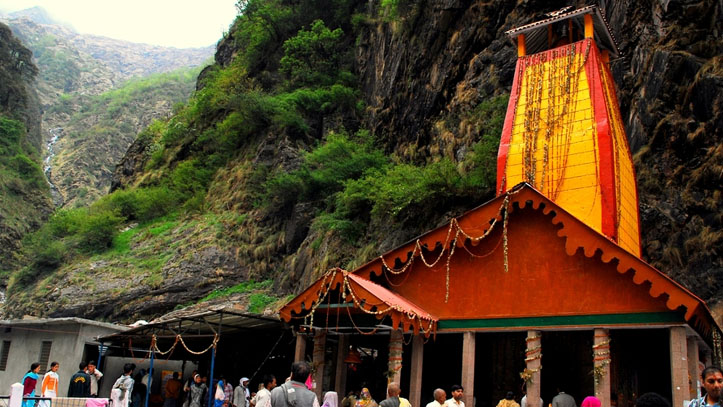 Yamunotri Dham is the first Dham to be covered in Chardham yatra (4 Dham yatra) located about 4500 meters above sea level in Garhwal Himalayas near to the Chinese border in Uttarkashi district of Uttarakhand state. The History and Importance of Yamunotri temple are dedicated to goddess Yamuna, the main Deity of the temple is made up of Black Marble. Yamunotri temple was built by Maharani Gularia in the 19th century after the temple has been destroyed by Climate. The Yamunotri temple was originally constructed by Maharaj Pratap Shah of Tehri Garhwal on the left seashore of Yamuna River. It is believed that the Yamuna is the daughter of Surya the Sungod & the sister of Yama, the god of death. The journey is filled with majestic views of the Himalayas and the flowing river. The temple is difficult to reach. Those who are fit enough to walk can trek 13 kilometres from the town of Hanuman Chatti or 6 kilometres walk from the village of Janki Chatti. However, the temple can also be reachable by horses or “Palkhi”.There are two hot springs at Yamunotri called the “Gauri Kund”,  that has boiling hot water, while “Surya Kund”  had fairly warm water suitable for bathing. It is said that the water is hot enough to cook meals in it. Some of the meals for the devotees are cooked from the water taken from these springs.

How to reach Yamunotri:

By Air: to reach Yamunotri by helicopter or flight the nearest airport is at Dehradun and from Dehradun helicopter will drop you at Kharsali that is only 6kms away from the temple.

By Rail: Rishikesh and Dehradun are the nearest railway station. Haridwar is also close and one can take a train to Haridwar and then travel on –the road to reach Yamunotri.

By Road: taxi and buses ply between this Dham and help pilgrims reach their divine destination comfortably. Alternatively, horses and palanquins are also available. You can enjoy a palanquin ride for a different experience or indulge into a thrilling horse ride along with the hilly land while enjoying sightseeing along the path. 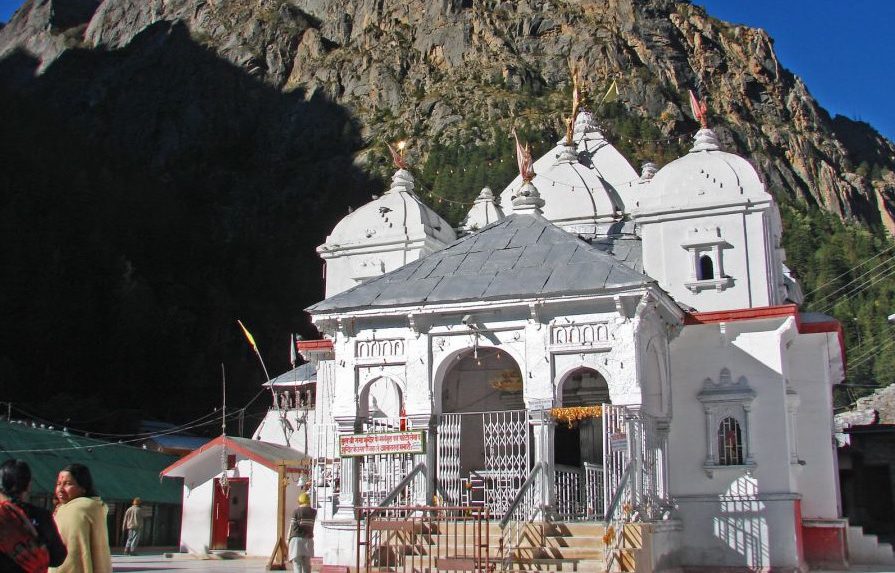 History of Gangotri temple is mostly mythological. Gangotri Dham is where river Ganga descended (fall downwards) from heaven when Lord Shiva released it from his hair. Gangotri is the origin of river Ganges and the holy seat of Goddess Ganga. It is situated at an altitude of around 3100 meters in the greater Himalayan range on the banks of Bhagirathi River. The temple town is known for the Gangotri temple built by general Amar Singh Thapa. Some other religious places to visit near the temple are Pandava Gaumukh, Gufa, Suryakund, and Bhagirath Shila. Gangotri temple remains closed during winter due to heavy snowfall. April to June and September to October are the ideal/best times to Gangotri Dham. It is good to avoid a trip to Gangotri during monsoon and winter. Gangotri receives heavy rainfall during monsoon and heavy snowfall during winter.

How to reach Gangotri:

By Air: you can book helicopter service from Dehradun to Harsil and then commence the road journey to reach the destination. Harsil is at the distance of 25kms from Gangotri.

By Rail: Dehradun is the nearest train station and is well connected with trains from other parts of the country.

By Road: buses and taxi may be availed to reach Gangotri from Haridwar, Rishikesh.

Gangotri Dham Yatra 2019 - Everything you need to know 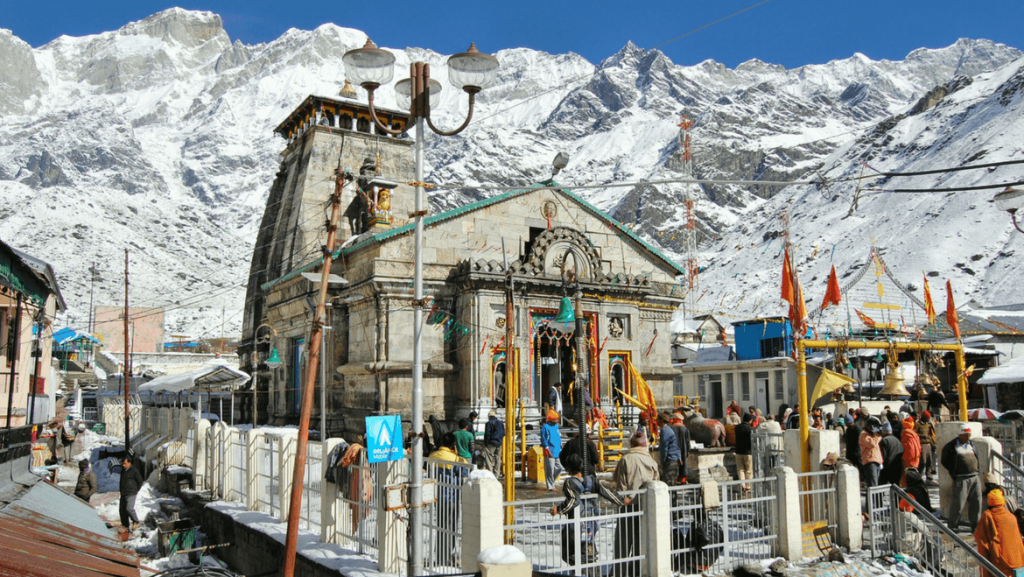 Kedarnath Dham Located in the Rudraprayag district, Kedarnath is believed to be the abode of Lord Shiva. Perched amidst the Himalayan ranges on both the sides and river flowing down on one side, Kedarnath Yatra will surely take you to a completely different world. The 14 km trek will definitely test your perseverance and physical and mental strength as you start walking up the altitude changes. But all the tiredness seems to disappear as soon as you enter the Kedarnath town. Located at a height of about 11,755 ft (3.58 km), the first glimpse of Kedarnath temple with the magnificent Himalayas in the background will leave you spellbound.

How to reach Kedarnath:

By Air: the nearest airport is the Jolly Grant airport close to Dehradun. You can book helicopter from Phata, Sitapur, Gauchar or Augustmuni. Enjoy the thrill of travelling and chilly environment.

By Train: Rishikesh is the nearest rail station. However, Dehradun and Kotdwar are also well connected with trains from all over India.

By Road: taxi may be booked from Sonprayag, Gaurikund, Joshimath or Rishikesh to reach Kedarnath. The ride from SonPrayag to Gaurikund is thrilling and transcends visitors into a spiritual fascinated experience.

Kedarnath is cold for the most part of the year, April to June and September to October are the best time to visit Kedarnath. This means that avoiding winters while planning your trip might be a wise decision. In November to April, reaching sub-zero temperatures along with heavy rainfall. The weather in Kedarnath remains cold for the most part of the year Due to its high altitude. Summer here is cool and while winter is severe. It also experiences heavy rainfall during monsoon season. During the summer season, the temperature varies around 20°Celsius.

Kedarnath Dham Yatra 2019 - Everything you need to know 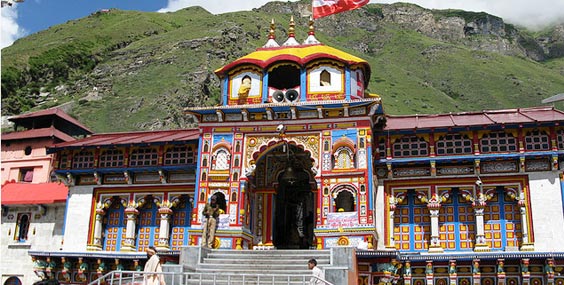 The holy abode of Lord Vishnu, Badrinath temple is located in the Chamoli district. Badrinath is more developed as compared to the other three Dhams and the town is accessible by roads till the end. Badrinath is situated at a height of 10,170 feet (3.1 km) and is the source of River Alaknanda, another name of River Ganga. It is believed that on their way to heaven, the Pandavas passed through Badrinath and the town of Mana, 4 km north of Badrinath. The Mana Cave where Vyasa is believed to have written the Mahabharata is also situated in Badrinath and is a major attraction.

How to reach Badrinath:

By Air: helicopter service is available from Dehradun situated at a distance of 114kms.

By Rail: Ramnagar is the nearest station. However, pilgrims may reach Badrinath from Haridwar or Rishikesh as well.

By Road: taxi service is available from Haridwar, Dehradun, Rishikesh, Joshimath and other main towns in Uttarakhand so that devotees could reach the destination safely. State transport service buses also ply on this route and if anyone is going to Badrinath from Kedarnath, direct bus services could be availed from Gaurikund to reach Badrinath.

Badrinath Dham Yatra 2019 - Everything you need to know

Importance and significance of Chardham Yatra:

When does Chardham Yatra start and end?

Char Dham yatra starts every year begins from the month of April or May. The best time to visit/undertake Chardham yatra in Uttarakhand, when the snow in the Himalayas melt which is the source of the water that feeds the four holy rivers namely the Mandakini (at Kedarnath), Yamuna (at Yamunotri), the Ganges (at Gangotri) , and the Alaknanda (at Badrinath) and continues until October/November as the doors of all four temples (Badrinath, Kedarnath, Yamunotri & Gangotri) remain open till the day of “Diwali Festival” which is celebrated every year during the month of October/November.

Yes, a recently issued medical certificate is required for Char Dham Yatra because the route is through high altitudes and a lot of walking distance.

Helicopter rides have come as a boon for elderly senior citizens and even physically challenged individuals. The Char Dham Yatra (4 Dham yatra) by helicopter make sure that your journey is fruitful and free of any hassles. You don’t have to be worried about covering the difficult trek set on the challenging hilly landscape on foot. The Char Dham Yatra (4 Dham yatra) helicopter services ensure that you have a religious yet fun experience. The helicopter services cover all the Char Dham (4 Dham) sites along with the single (one) Dham sites as well as the do Dham locations making it a convenient option for the Yatris. With a plethora of helicopter services available the pilgrims can now reach the unreachable Dham destinations with ease and in almost no time. You can now visit the abode of the lord with convenience and in luxury.

Places to Visit in Uttarakhand During Char Dham Yatra:

This is also known as the Garhwal queen. This is a snow-clad peak in the background of Badrinath temple. This peak is 6597 meters above sea level. In this region, this is the first peak that receives the rays of the sun.

This is a hot spring. It is believed to be the seat of Lord Agni. It is said to have a number of therapeutic properties. Surya Kund and Narada Kund are also located close by.

This is located in the Mana region. It is a 400 feet waterfall. As per myth, the waterfall will turn away from people who have an impure heart.

Top most question of Indian polity ask i ...
Political Science